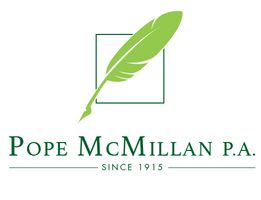 The Attorneys at Pope McMillan, P.A. have extensive experience handling traffic tickets and citations for drivers from across the country. The city of Statesville sits at the intersection of Interstate 77 and Interstate 40, roadways that see millions of drivers a year. Being located in such an area means that drivers from across the nation pass through Statesville every day. This also means that some of those drivers receive traffic citations, along with many local drivers who also receive tickets. The Attorneys at Pope McMillan can help these drivers by fighting tickets, having traffic-related charges reduced, or getting those charges dismissed all together.

North Carolina issues millions of traffic citations every year. The most common traffic violation involves speeding, but other violations include:

When you receive a ticket in North Carolina, you are given the option of paying it online or via the mail. Many people do just that and pay the ticket in order to avoid going to Court. The problem with doing this is that the person paying in this way is pleading guilty to whatever the charge is. This can have major, unforeseen consequences for a person’s driver’s license and can lead to increased insurance rates or license suspension. In contrast, those that hire an attorney to handle the ticket almost always have their charges reduced or dismissed. Another benefit of hiring an attorney is that the attorney will appear on your behalf and you will not have to appear in Court, saving you valuable time.

Some people do not view receiving a traffic citation as serious matter and ignore it altogether. This can be a very, very bad idea. In North Carolina, if a person fails to handle a ticket and does not appear for the court date, the Court issues what is known as a “Failure to Appear” (FTA) and enters it into the Court computer system. When the FTA is put into the system, the North Carolina Department of Motor Vehicles (NCDMV) is notified and, in most cases, will suspend the person’s license. This is true for out-of-state drivers, as well. Many out-of-state drivers believe that a traffic citation in another state cannot affect their driver’s license in their home state. In most cases, this is not true, as almost all 50 states have entered into what is called the “Interstate Driving Compact” (IDC). The member states of the IDC share driving license information and treat violations that occur out of state as if they occurred in the home state. This means that, if North Carolina suspends an out-of-state driver’s license because the driver failed to appear for his court date, his home state will also revoke his license until the North Carolina matter is taken care of. There is a process for handling a ticket when the driver has initially failed to appear, but it can be expensive and time consuming, so it is far better to hire an attorney and handle the matter at the appropriate time.

Where you can find us - If you wish to visit us directly.